Home › Uncategorized › The Homefront Is the Battlefront

The Homefront Is the Battlefront

Despite a cold rain, over 65 persons were at the  Robert Mills Courthouse in Camden  Jan. 24, 2010, to hear the moderated panel discussion “The Homefront Is the Battlefront: Domestic Life During the Revolution,” the first part of a two-part “BRITS INVADE CAMDEN” presentation. Moderated by Charles Baxley, the panel included Joanna Craig, Glen Inabinet, John Miller, Jim Piecuch, and David Reuwer.  (Read more about these panelists.) 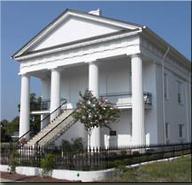 Inside the Robert Mills Courthouse, above, scenes by Claude Buckley depict local battle actions during the Revolution. 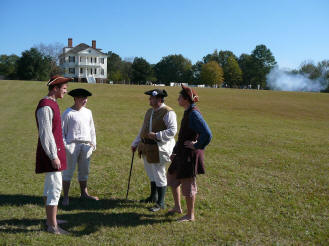 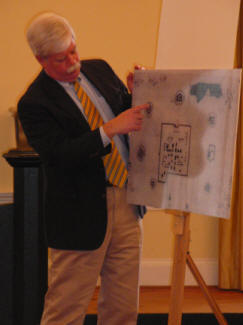 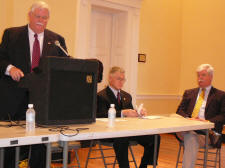 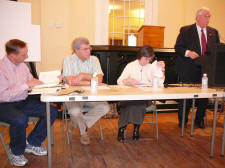 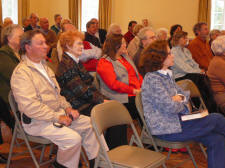 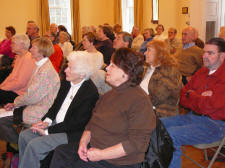